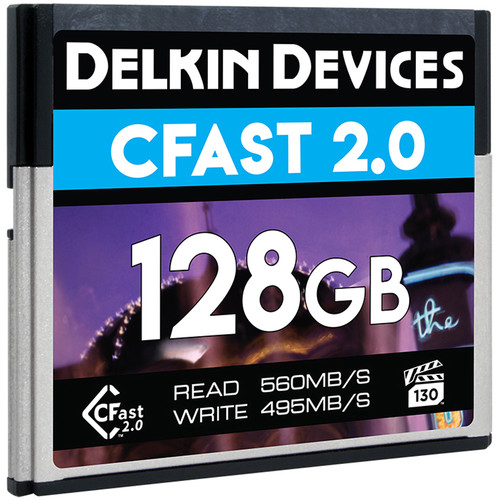 Designed for professional photographers and videographers, the Premium CFast 2.0 Memory Card from Delkin Devices features a storage capacity of 128GB and supports maximum read speeds of 560 MB/s and maximum write speeds of 495 MB/s.

Built for extreme conditions, Delkin’s 128GB Premium CFast 2.0 Memory Card is protected against static, shock, and temperatures ranging from 32 to 158°F, while additional safeguards are provided by built-in error correction.
This card has been tested for full functionality and performance in devices from Canon, Blackmagic, and Atomos, although it is not currently compatible with ARRI devices. Included is a protective storage case.