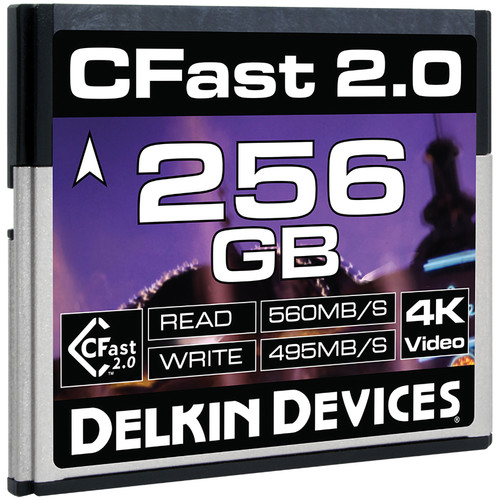 Built for extreme conditions, Delkin’s 256GB Cinema CFast 2.0 Memory Card is protected against magnets, x-rays, and temperatures ranging from 32 to 158°F, while additional safeguards are provided by built-in error correction and wear levelling.

This card has been tested for full functionality and performance in devices from Canon, Blackmagic, Atomos, and more, although it is not currently compatible with ARRI devices. Included is a protective storage case.