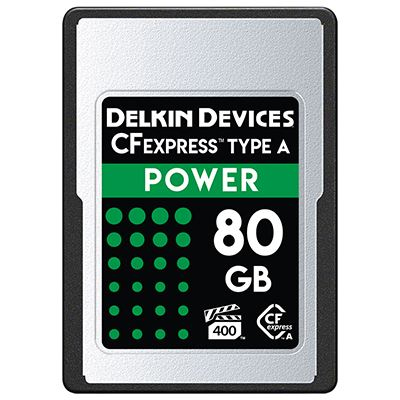 Streamlined Workflow
Capable of offloading data at speeds reaching up to 880MB/s, the POWER CFexpress™ Type A card ensures the quickest, most efficient data transfer from card to computer for immediate access to your files and sooner post-production start time. This is ideal for photographers and videographers who need to quickly unload large amounts of data and get back to shooting.

Tested for Compatibility
Each CFexpress™ Type A card has undergone extensive testing to ensure full functionality and performance in today’s high-end hosts. Built to meet the extensive demands of today’s broadcast, cinema and photography industries, the POWER CFexpress™ memory card is the card you can trust for fast, reliable photo & video capture. It is important to note though that CFexpress™ Type A cards are not backwards compatible with either CFexpress™ Type B, CFast 2.0 or CompactFlash hosts.